Boz Scaggs And His Orchestra – Live at the Paramount Theater, Oakland CA – March 10, 1974 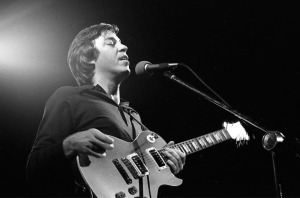 Well before Boz Scaggs hit his commercial peak in 1976 with ‘Silk Degrees,’ he had already produced a fine body of work that included an early formation of the Steve Miller Band (then referred to as the Steve Miller Blues Band) and an acclaimed debut album featured the legendary Muscle Shoals house band and an up-and-coming lead guitar named Duane Allman.

Boz’s 1974 album ‘Slow Dancer’ found the singer channelling Van Morrison, Marvin Gaye and Issac Hayes and bringing out a superb, extensive backing band on tour to promote the album. While ‘Silk Degrees’ won Boz his most ardent fan base, ‘Slow Dancer’ equals and – in some cases – surpasses the materials found on that album. It’s a real treat to hear Boz and his band pouring everything they have into this superb performance, recorded live for radio by KSAN-FM in San Francisco. Steve Miller also makes a guest appearance toward the end of the show that adds to the heat!