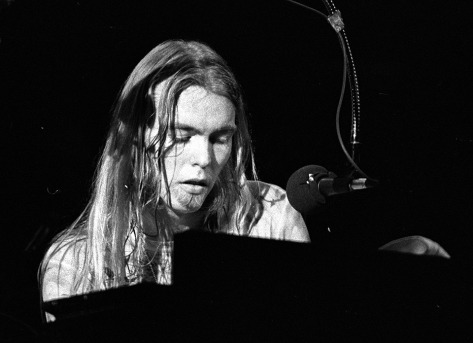 I’ll leave it to those who have written some excellent tributes to Gregg Allman, who passed this weekend after battling liver cancer. I’m sure it’s obvious if you follow this blog that The Allman Brothers are one of my very favorite groups and one that I had the good fortune to see in concert many, many times.

For this tribute, I’d like to focus on Gregg Allman the singer and songwriter. I’ve combined two albums worth of studio material, both unavailable except in trading circles. The first is a lengthy ‘Anthology’ that was very briefly released in 1997 and contains a treasure trove of unreleased studio takes. My personal favorites are ‘Turn On Your Lovelight’, ‘Will The Circle Be Unbroken’ ‘Can You Fool’ and an exquisite ‘These Days’ which blows away the officially released version. It’s a shame this album was pulled upon it’s released but here’s a clean copy for you to enjoy free of charge.

The next is an aborted album from 1995, titled ‘The Duck Tape Sessions’ here. It features a very young Derek Trucks and several members of the legendary Muscle Shoals session players. Many of these songs would go on to be featured on the ‘Searching For Simplicity’ album but with much unneeded production. The version here is far superior.

Both shows are albums are in the same file. Click the link above or below to download this folder from Dropbox. Unzip > Import to iTunes > Enjoy!

8 thoughts on “A TRIBUTE TO GREGG ALLMAN”